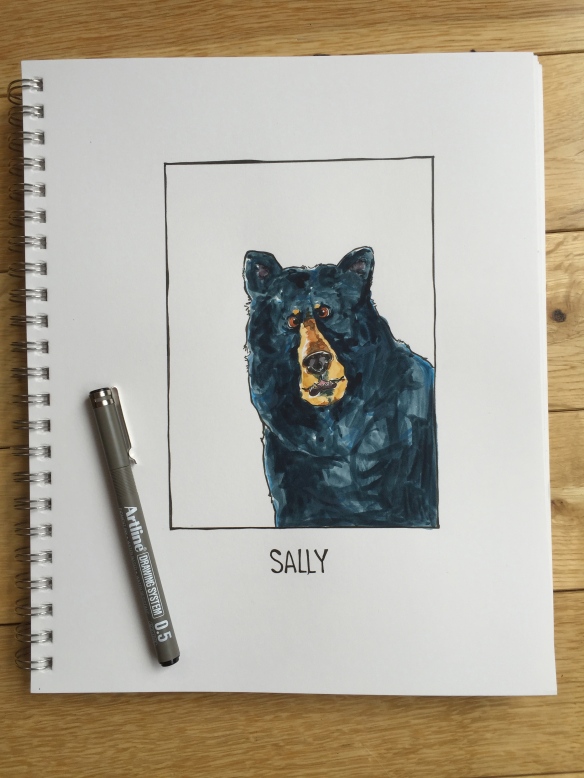 Bears have a reputation for being fearsome brutes who will attack without provocation and eat everything in your cooler. While Sally says the latter part of that is true (though she can’t speak for Grizzly Bears whose temper she just can’t relate to), her preference should you meet on a trail, would be to roll over for a belly rub rather than having to maul you into a blubbery mess. Why thank you Sally.