Over the extraordinarily long spring break in the Rocky Mountain School board system, we were lucky enough to pull together a family holiday in Maui. When I lived in Toronto Hawaii seemed like it was on a different planet it was so far away. It’s a popular destination for people here though so we were excited to make it happen. It is a stunning place and we were gifted with perfect weather which made for some nice painting opportunities. The following are some painted sketches from our time on the island.

There was a funny incident right off the bat when the customs officer at the airport confiscated my apple. Why? I’d washed it and taken off the label. My kids had not washed theirs (no surprise) so the “Made in the USA” sticker was evident and they were able to bring them on the plane. So I was hungry and they got to rub in that cleaning one’s fruit isn’t good after all…

We rented a condo in the Honua Kai Resort in Kaanapali through VRBO. It was a ground floor unit with two bedrooms and a pull-out couch and it was awesome. Friends advised us to hit up Costco but our late flight arrival didn’t allow for this so we visited the Safeway in Lahaina the next day. Here’s a tip, sign-up for a Safeway members card (they just need name and home address) and you get 10% off each shop! We hung out all day at the resort and were treated to incredibly high winds, breaching humpback whales with their calf and delicious SPAM flavoured macadamia nuts (mistakingly purchased despite the word SPAM being the largest font on the package… and is SPAM even a flavour?).

Banana bread is all the rage in Hawaii. Julia’s is apparently the best in the world. To get there one must drive a beautiful but incredibly twisty road that slips unexpectedly into one lane roads at various times. When you do arrive at Julia’s you’re greeted by an incredibly sweet person in what is effectively a tree house. The bread was delicious (not sure yet if it’s the world’s best), but like everything on the island, was very pricey at $9 a loaf. We still came away with three.

On the way back to the condo we stopped at Nakalele blowhole, a person sized hole in the lava rock that spews out sea water. It was cool but my favourite part was the hand-painted sign warning people not to get too close (apparently it gets ignored as we were told people die here every year).

There were loads of birds that I’d never seen before but they looked really cool so I decided to paint a few.

Hamoa beach in Hana has been voted as one of the top 10 beaches in the world. I’ll admit, it was beautiful. Even better were the constant and consistently awesome waves for body surfing. You have to endure the legendary Road to Hana complete with 601 turns and 56 single lane bridges to get there but it’s well worth it. The road is marked mile by mile and there are loads of neat stops along the way. 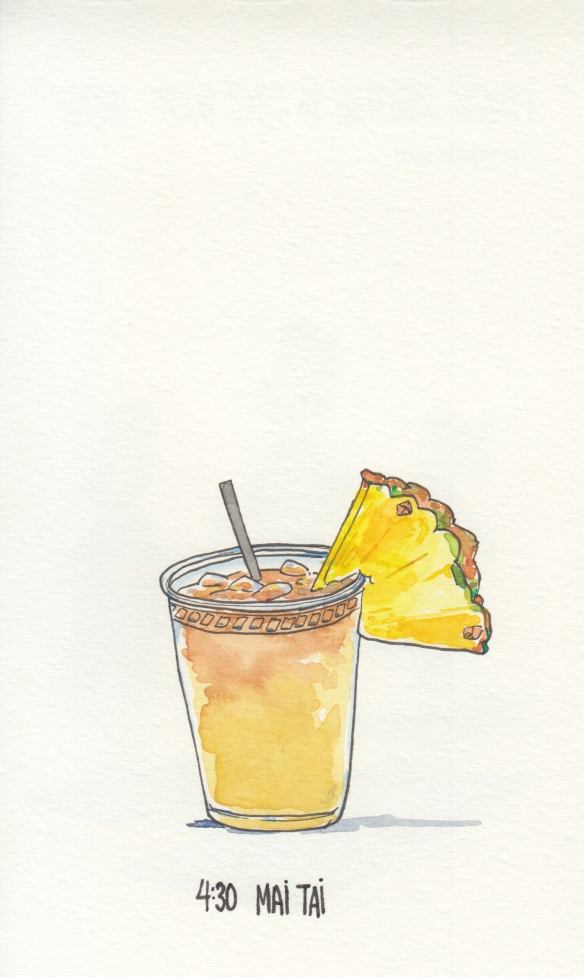 We saw loads of long, thin furry animals that we called pine weasels until we finally asked a local and found out they are mongoose. A walk underground in the Hana lava tube (well worth the visit) revealed the rare Hammerhead worm, no joke, that eats other worms. A quick trip to Costco on route from Kaanapali to Hana for snacks included pressed fruit which I loved but every one else thought looked like scat molded into a granola bar. Their loss.

I’m not a regular yoga guy, though I wish I was, but while staying at the Travaasa Hana there were regular morning yoga sessions which confirmed just how inflexible I am. During one session the instructor told us to “…bathe our eyes in the natural beauty”. I thought that was a quote worth remembering. 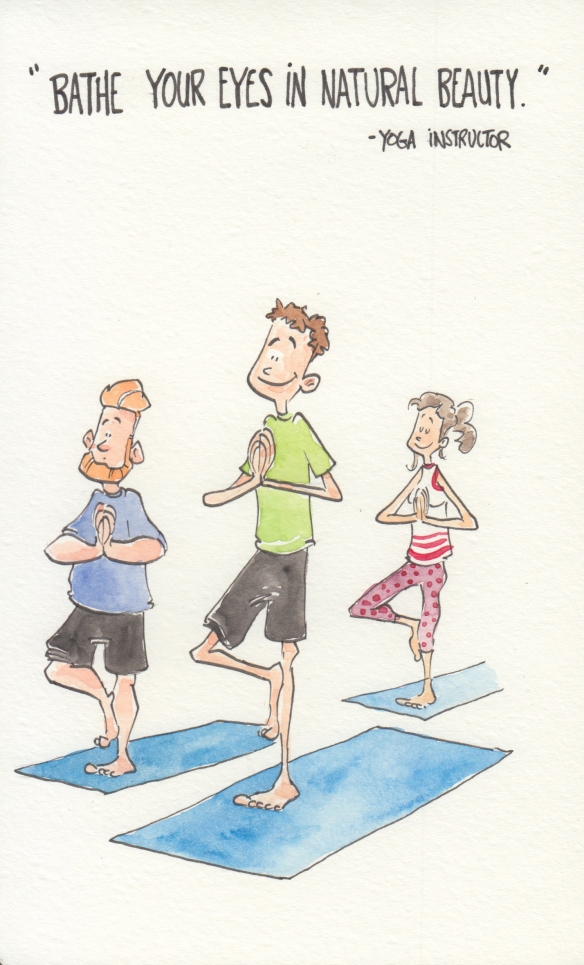